I conduct large-scale field projects, often involving original data collection and survey, lab-in-the-field, or field experiments. Please follow the links below to access materials for select individual projects, including design documents, materials used for piloting and implementation, survey instruments, etc. If you are interested in obtaining materials for one of my projects not linked to below, feel free to get in touch. Academic and policy writing that resulted from these projects can be found in the Publications tab. 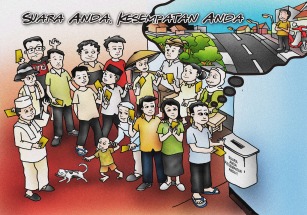 Keeping the Public Purse: How Windfalls, Taxes, and Information Affect Political Behavior. This project involved an original survey and lab-in-the-field experiment implemented in Indonesia to identify how taxes versus windfalls (and information) affected willingness to be politically engaged and hold politicians accountable. 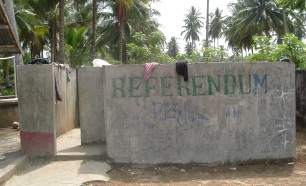 Post-conflict reintegration in Aceh, Indonesia. This project, conducted in collaboration with the World Bank, examines the effect of a community-driven development program on economic and social outcomes (with Patrick Barron, Macartan Humphreys, and Jeremy Weinstein). I also use data from this project to examine the effects of aid targeting on capture and conflict at the community-level (with Camille Strauss-Kahn and Korhan Kocak). The project involved original surveys with households, ex-combatants, and village-heads as well as multiple quasi-experimental research designs.

Understanding support for sectarian politics in Lebanon. While there are many countries that appear to be deeply divided along ethnic or sectarian lines, it is often difficult to understand the true levels of public support for ethnic politics as well as the conditions under which such support might be weakened. This project (implemented with Leslie Marshall, Sami Atallah, and the Lebanese Center for Policy Studies) investigated the sources of support for sectarian politics and as well as how social interaction and cross-cutting identities affect that support using a nationally representative survey, discussion experiments, and behavioral games. 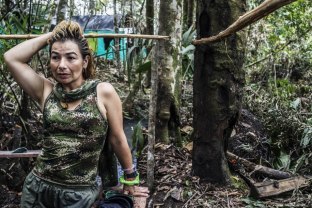 Criminality among demobilized combatants in Colombia. While social scientists have long examined the factors that drive individuals to engage in armed rebellion, less is known about why combatants engage in crime following demobilization. This project (conducted with Sarah Daly and Cyrus Samii) aimed to understand both the social and economic drivers of crime participation among demobilized combatants and how those factors–often studied in isolation–interact with one another. It involved conducting original surveys of demobilized combatants both in prison and in their communities and extensive collaboration with Colombian government agencies, peace-keeping forces, and civil society organizations.